Skydance Television is the latest production company to try and adapt Isaac Asimov’s Foundation novels. Writers David S. Goyer and Josh Friedman will be transforming the novels for the small screen. Goyer’s credits include Ghost Rider and Blade, while Friedman’s projects include the War of the worlds remake and Terminator: the Sarah Connor chronicles. Skydance is currently negotiating an agreement with Asimov’s estate. According to Deadline, the idea is to create a “sprawling” TV series. No doubt Skydance will be hoping for something as wildly popular as Game of Thrones or the excellent adaptation of Margret Atwood’s A Handmaid’s tale.

This is not the first time someone has attempted to adapt Isaac Asimov’s works. New Line founders Bob Shaye and Michael Lynne were developing a Foundation movie back in 2007, while Roland Emmerich, best known for directing The Day After Tomorrow and Independence Day, was ready to direct a Foundation trilogy for Sony in 2008. New Regency also acquired the rights to The End of Eternity, a time travel novel Asimov first published in 1955.  None of these adaptations have made it out of Hollywood alive.

Despite having edited or written more than 500 books, it’s surprising how little of Isaac Asimov’s work has made it to film. Previous adaptations include the misguided Will Smith feature I, Robot, the lame Bicentennial Man with Robin Williams and two B-grade adaptations of Nightfall. This is a disappointing collection considering the amount of great science fiction material Asimov created. In all these cases, screen writers have either ignored most of the original source material or distorted it so badly it became unrecognisable.

If they manage to make a compelling first series, there is a vast amount of material they could use to produce more. The Foundation books alone are enough for another twelve movies and are set in the same fictional universe (but in a later time period) as Asimov’s Robot Series. What about a robot mini series based on Asimov’s robot novels The Caves of Steel, The Naked Sun and The Robots of Dawn? If you’re a producer, I encourage you to look into it – whether or not this current adaptation makes it.

What is Isaac Asimov’s Foundation series about?

Asimov’s Foundation tells the story Hari Seldon, a scientist who has figured out how to predict the future based on a branch of mathematics he developed called psychohistory. The behaviour of a mass of people is predictable if the quantity of this mass is very large. The larger the mass (in this case galactic populations), the more predictable the future.

Using psychohistory, Seldon foresees the fall of the Galactic Empire and a Dark Age lasting thirty thousand years before a second great empire will rise. To shorten this Dark Age, he creates two Foundations on opposite ends of the galaxy, each Foundation designed to keep scientific knowledge alive. Most of the events in the Foundation novels revolve around the first Foundation on a planet called Terminus. The Foundation saga is set so far into the future that Earth is nothing but a memory.

I’m a big fan of Asimov’s work, even the later Foundation novels which became longer and longer and it seemed were edited less and less, such as Foundation and Earth and Foundations Edge.

The original three books that made up the Foundation trilogy, Foundation, Foundation and Empire, and Second Foundation, won the one-off Hugo Award for “Best All-Time Series” in 1966. They also produced two of my favourite Asimov quotes:

“Violence is the last refuge of the incompetent”.

Incorporated is a new 13-part dystopian series from executive producers Matt Damon and Ben Affleck, created by the US SyFy channel. While producing, there’s no sign either are taking on acting…

To help prepare for the upcoming Blade Runner 2049, Warner Bros will release an enhanced version of Blade Runner: The Final Cut in 4K Ultra HD Blu-ray on 5 September. This… 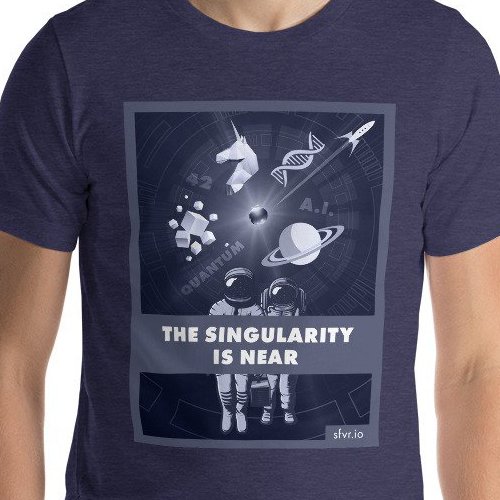